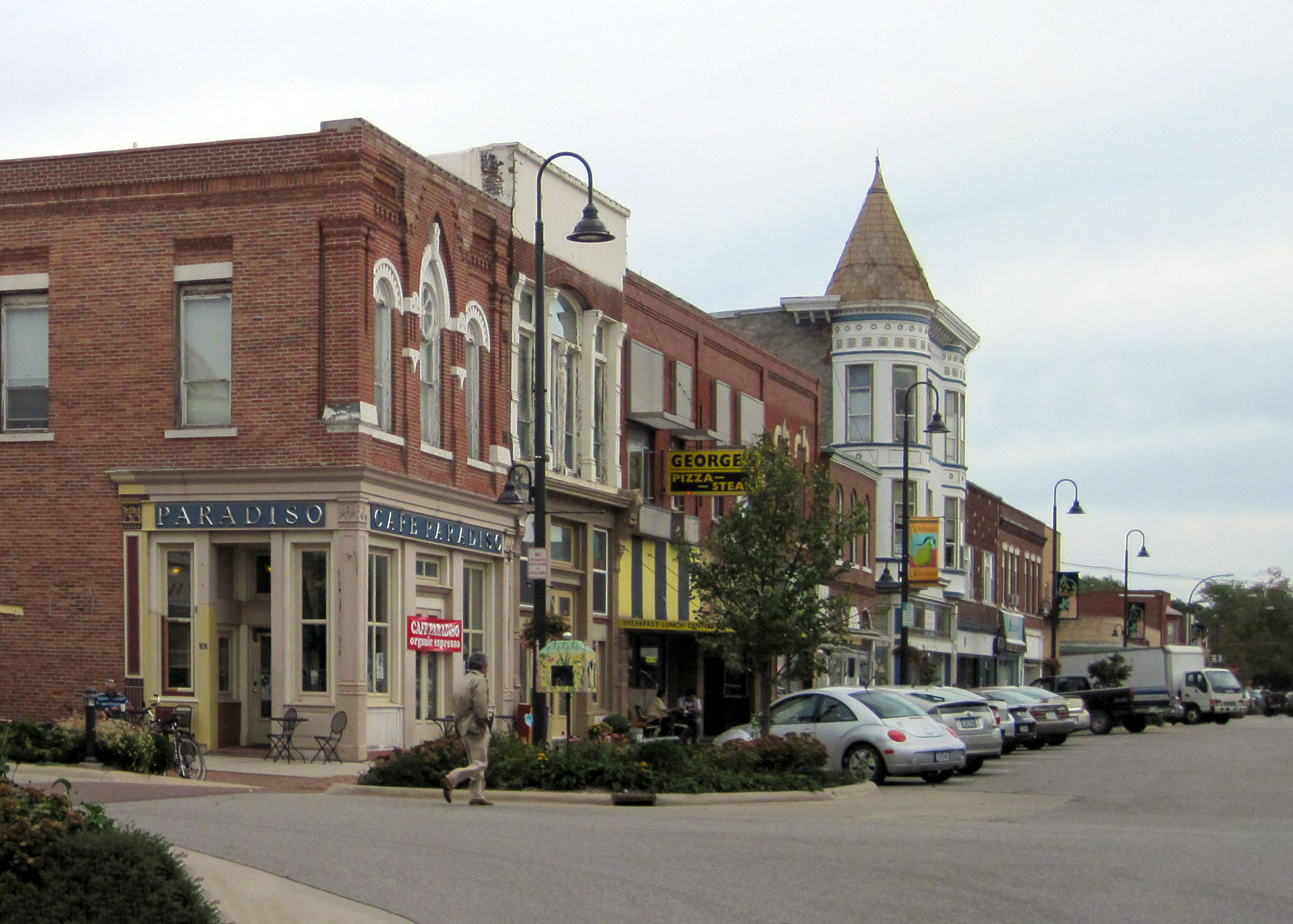 Fairfield is a city in, and the county seat of, Jefferson County, Iowa, United States. It has a population of 9,464 people, according to the 2010 census. It is a Midwestern city surrounded by rolling farmlands filled with corn, soybean, cattle, and hogs with a median family income of $46,138 10% of families below the poverty line. The city became the county seat in 1839 with 110 residents and grew to 650 by 1847. Its library was established in 1853, and it held its first fair in 1854. Source: Wikipedia