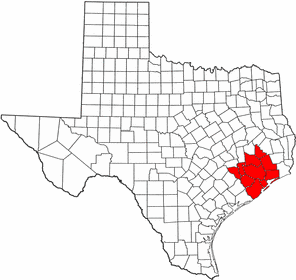 La Marque lə MARK is a city in Galveston County, Texas, south of Houston. The city population in 2010 was 14,509. It is a part of the Houston- The Woodlands- Sugar Land metropolitan area. La Marque experienced considerable growth in the 1950s, during which the city provided a general administrative and trades and crafts workforce helping to support the petrochemical complex in adjoining Texas City. It is the hometown of U.S. Senator Kay Bailey Hutchison and Norman Bulaich. Source: Wikipedia