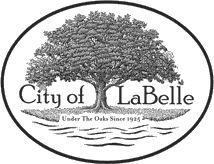 LaBelle is a city in and the county seat of Hendry County, Florida, United States. The population was 4,640 at the 2010 census, up from 4,210 at the 2000 census. It was named for Laura June Hendry and Carrie Belle Hendry, daughters of pioneer cattleman Francis Asbury Hendry.LaBelle hosts the annual Swamp Cabbage Festival, which is held in honor of the Florida state tree during the last full weekend of February. Source: Wikipedia